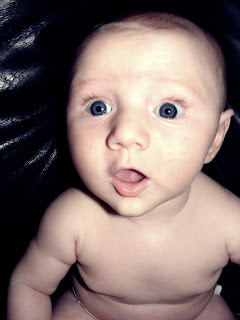 It's so hard to believe that Tommy is already 3 months old! A blink of an eye and I'll be blogging about his 1st birthday! Ahhh! He is such a great baby. I will be the first to admit, I was worried. I thought everyone has that terror child or that child that tests you every chance, but so far, so good. (knock on wood!) He wakes up with a giant smile that lights up his face and the loudest and cutest little coos. Unfortunately for me, he is an early bird like his brother and dad, but I can usually get an early morning nap (my version of early) in and cuddle with him. He is constantly smiling until I get the camera out! Then he goes for that deer in headlights look that isn't so good for scrapbooking. Urgh! I think the picture below is so funny because it looks like he's pointing at his chubby belly! LOL! 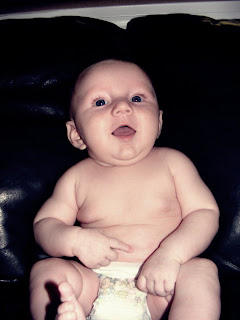 Here is the standard, "what the heck are you doing Mommy" look I get when I try to take pictures. Of course I think he's adorable but he so much cuter when he has his big smile on his face! 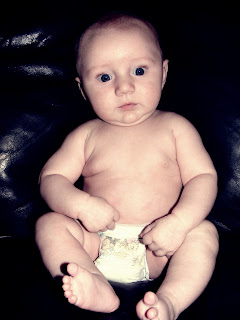 And those toes, I'm just so in love with his adorable little feet!

We are SO proud of Andrew! In April Andrew took a test to see if he could take Honors classes at Silver Hills and out of 700 or so kids, only 80 made it and Andrew is one of them! We were pretty confident that he would make the Honors Math, but to our surprise he also made the Honors Language Arts class as well! 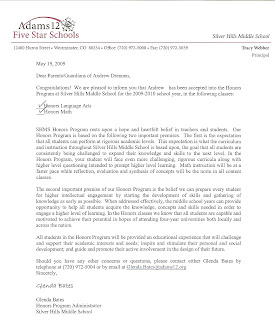 We hope that he is successful at Silver Hills and welcomes the challenge that harder classes bring. Great job! 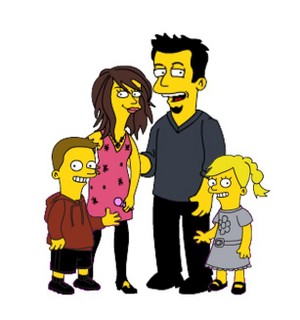